Can Sparkling Water be Consumed Daily?

Drinking soda is already known to have many health hazards. But what about the other available alternatives such as sparkling water?

According to some people, carbonated drinks like these can cause tooth decay, make you gain weight, and increase your calcium loss, but are these claims true? The answer is no!

And here's why you can have carbonated drinks like Sparkling Water i.e. your Polka Pop every day Calcium deficiency or Calcium loss from bones usually occurs due to Colas, other carbonated beverages didn't seem to have a similar issue.

This is because cola drinks mainly have the element, phosphorus, which causes the removal of calcium from the body through the kidneys. 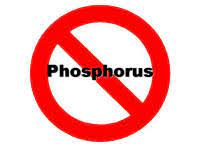 Carbonated beverages like Sparkling Water that don't have any added citric acid or sugar content do not harm your teeth or cause them to decay.

Sodas that have added acid or sugar have the potential to cause teeth damage as they lead to disruption of the enamel. It is, however, a common misconception that carbon dioxide gas added for the carbonation of drinks/ water later turns into carbonic acid that may cause tooth decay.

But research suggests that this isn’t true, the pH levels of Sparkling Water are considered normal and safe for oral consumption, and carbon dioxide, by itself, doesn’t harm your teeth. It's the addition of salts, acids, etc. that may result in tooth decay.

Carbonated beverages that do not contain any added sugar and sweeteners, and also have zero Calories with no preservatives, flavour enhancers or sodium won't cause weight gain, as the hidden Calories in these added elements may translate to weight gain in the longer run.

So, stop worrying and start enjoying your fizz every day!


Products like Sparkling Water can therefore be consumed daily without fearing the same.